On Lewes High Street is St Michael’s church. This was the church where Mantell attended and had his children baptised and is just a short walk from his house and doctor practice. His son Reginald had the plaque installed to his father, dated 1857. Gideon died on 10 November 1852 (Reginald gets the date wrong by a year)

Reginald himself died not long after his father at age 30 of cholera while working on the railways in India on 30 June 1857. 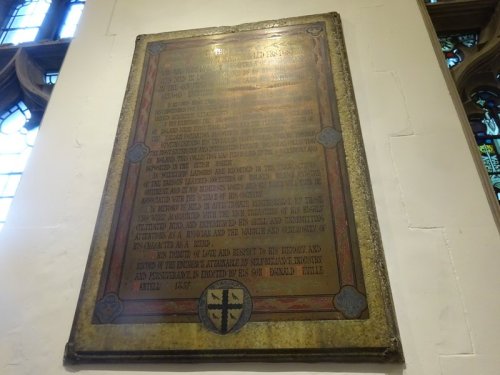 The wording on the plaque are not easy to read so a transcript is here below. 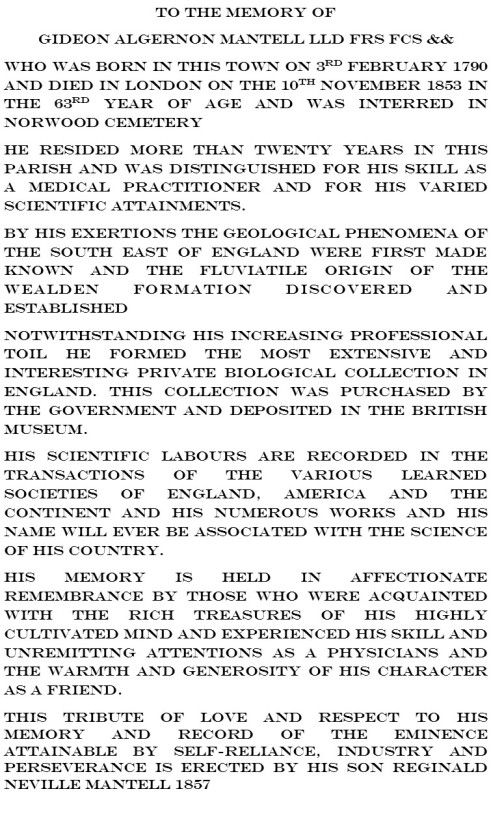 The plaque is mounted at the bottom with the Mantell Coat of Arms granted to the Mantell part of the family in Kent and depicts a black cross engrailed between four black martlets on a silver shield. Gideon was reported to have had a table with this engarved on it his house at Castle Place.

Gideon himself had a plaque to his father Thomas placed in St Michael’s Church with one of his poems. It can be found at the back wall of the church.

Thomas Mantell was buried in St John sub Castro church yard, St Mary’s Lane being of that parish, together with Gideon’s mother Sarah in a solid family grave which can be visited. Read about it here

One response to “Plaque to Mantell in St Michael’s church”